You know the old saying, “time equals money?” Well, that’s true but I might have a better one, “movement equals money.”  In this day and time of email, voicemail, texts, twitters, and bitters we have forgotten how to go and visit and present ourselves to people face to face.  And since so many of us don’t do that anymore, it is probably more valuable than ever.

Here’s my face to face story–

While in the mortgage business I especially liked getting out and meeting people. Probably too much as I am sure some folks got sick of looking at my mug.  Mortgage guys call on people that can give them referrals for mortgages.   Realtors, Builders, financial planners, CPA’s, Human resource managers were the likes of my targets.

Once my efforts and consistent personal calling paid off in a way I could not have envisioned. Two of the entities I called on were a financial planner and a ‘corporate host’, which is someone who squires highly recruited CEO’s or potential company Presidents around town while they are being recruited. They make sure they see all the right things and get the warm and fuzzyies about the city.

The local gas and electric company was sold to an entity from Germany.  Here is the fallout the sale caused:

At the time, the gas and electric company did business with three regional banks that had offices in town, large banks that operated in multiple states with numerous locations and lots of firepower.  It never occurred to me, while I was out calling on and visiting my referral sources that I might one day be in battle with all those banks.

Here is what happened.  The financial planner I called on was the administrator for a large piece of the benefits program of the gas and electric company,  and the ‘corporate host’ I called on was contracted to chauffer the new executives, some from Germany, around town and show them the sights. I got 57 new loans from those that took early retirement and needed to refinance their home loans as a result and I got 11 new, LARGE, loans from the relocated executives. The financial planner sent the early retirees to me and the corporate host sent the executives, all because I had, for a few years, PERSONALLY called on them.

Sixty-eight loans and  over 13 million dollars in closings which all closed in one month.  Those figures represent a decent year for some mortgage originators.

Did I get the business because I was smarter or more skillful or had better rates? 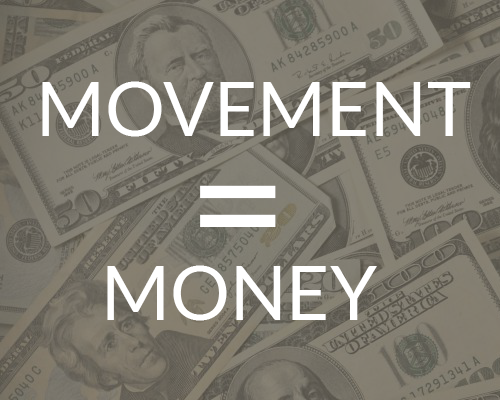 I got 13 million in closing in one month, in addition to my normal course of business, because I called on these companies.

Maybe I got the business because

The 3 big Goliaths I was competing against