This is the first in a series of blogs centered around the internal customer.  If nothing else, I want to make an impression on you of just how important the people you work with are to your career, and the success of your company or business.

Too often there are conflicts within an organization. For damn sure I have had them, and caused them.  For all my determination to get the best of someone, in the final analysis, I hurt myself, my company and those with ringside seats. Somehow these fights get picked at an early stage . . . there’s just some people that rub others the wrong way. Even so, you have got to use your customer skills to overcome whatever differences you might have with the guy in accounting or the lady in shipping. Forget the idea that you are succumbing or surrendering to your foe. That is not what you’re doing. You are IMPROVING your chances, and the company’s chances to be successful.

Think of it this way;  if you found a 32-pound hunk of cow dung and you put it in the basement sooner or later the whole house is going to stink. 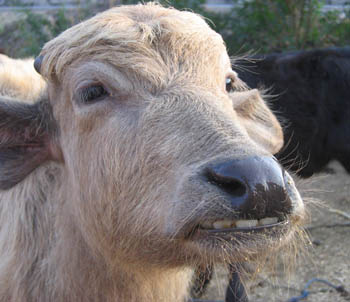 One time I had a conflict with a co-person that just rubbed me the wrong way.  I’ve always had sort of a neurotic sense of responding to the customer. If I have a voicemail or an email I just cannot leave it hanging. Some may call it a little nutty but it works for me. If there is an unread email on my PC, laptop or phone that email is all I’m focused on until I read and react to it. My adversary was the opposite. He wouldn’t answer the phone if the call was from Powerball informing him of a winning ticket, unless it was from a higher-ranking team member. I made disparaging remarks and belittled the man to anyone who would listen. What an entertainer I was! I convinced everyone that the object of my non-affection was the principal subject in the comic strip ‘Dilbert’. I thought I was being cool but I was being a fool.

In these situations, there is one absolute certainty — sooner or later your misbehavior is going to bite you right in your Kardashian. I didn’t realize, until later, that if I had forged the right relationship with Dilbert’s division, my very successful group could have gained tremendous dividends. Impulsive, immature, disrespectful, and dumb are the words to describe the stupid way I treated this man. All to my own demise.

If you think you’re the best musician in the band, and you don’t like the tuba player, rest assured that he’s going to find the right time to hit a bad note during your solo. Consciously or subconsciously he will find a way to step on your notes. YOU are the one that put that chip in his brain.

This situation has haunted me for some time because nothing comes from a grudge. It’s like drinking poison and hoping it kills the other guy. I think of all the ways I could have bonded a better relationship. A round of golf, a beer, a lunch or whatever.  I know I could have fixed it if I was better fixed at the time. We would never spend Thanksgiving together but that’s not the point. The point is that I owed it to my employer to make this work.  Now I’m cursed with seeing this happen in businesses that I’m involved with all the time.

If the quarterback is pinching the center on the fanny, sooner or later there’s gonna be a fumble.